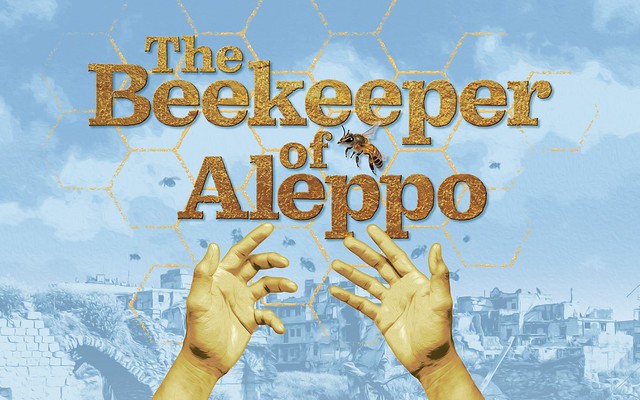 Reuniting the team that produced the international stage sensation The Kite Runner, the world premiere of Christy Lefteri’s gripping best-selling novel, The Beekeeper of Aleppo tours the UK, including a stop at Theatre Royal Plymouth in 2023.

Adapted by Nesrin Alrefaai and Matthew Spangler (who also adapted The Kite Runner) and directed by Olivier Award winning Miranda Cromwell (Death of a Salesman – Young Vic, Piccadilly Theatre and Broadway), opens at Nottingham Playhouse from 3 February, before embarking on its national tour.

I was scared of the bees at first, but now, they make me feel alive. They are like a society in complete harmony with itself. Not like people at all, but maybe what people have the potential to be.

The Beekeeper of Aleppo tells the story of Nuri, a beekeeper; and his wife, Afra, an artist. They live a simple life, rich in family and friends, in the beautiful Syrian city of Aleppo – until the unthinkable happens. When all they care for is destroyed by war, they are forced to escape. On their terrifying journey, they must face the pain of their own unbearable loss alongside incredible danger. Above all, they must journey to find each other again.

This compassionate and beautiful play is a story of connection – between friends, families and strangers.

Christy Lefteri’s novel was the Winner of the Aspen Words Award, Runner up for the Dayton Literary Peace Prize, and one of The Times top three bestselling books of 2020.

Director of The Beekeeper of Aleppo, Miranda Cromwell said: “I am so thrilled to be working on this beautiful adaptation of Christy Lefteri’s stunning book. An arresting, courageous exploration of one family’s struggle to deal with the aftermath of losing everything. Deeply moving and visually striking this layered story illuminates their nearly impossible journey to find a way to live again, a way back to each other. It holds a mirror to this moment in our history when so many people are being forced from their homes. It is a call to arms for compassion, understanding, connection and love.”

The Bee Keeper of Aleppo comes to Theatre Royal Plymouth from Tuesday 20 June – Saturday 24 June 2023. Tickets are on sale now and can be purchased via the TRP website.