Casting announcement: Sleeping Beauty, The Pantomime of your Dreams 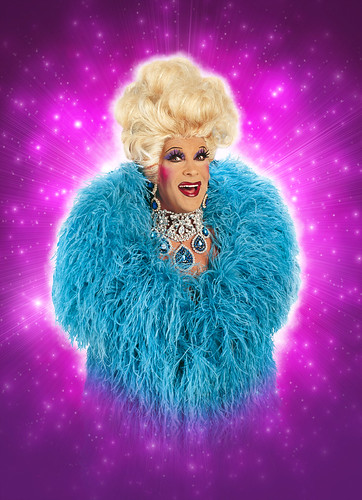 Shane Richie to star in the pantomime of your dreams this Christmas at Theatre Royal Plymouth, with Matt Terry, Ceri Dupree, Peter Piper and Stephanie McKenzie

Shane Richie has been a regular fixture on prime-time television and known for creating the role of the lovable Alfie Moon in BBC One’s EastEnders. In addition to his illustrious television career, Shane has many theatre credits to his name, including the London West End and Manchester production of Grease, Boogie Nights, A Perfect Murder, Not Dead Enough and most recently has played the roles of ‘Hugo’ and ‘Loco Chanelle’ in Everybody’s Talking about Jamie in the West End and on UK tour.

Shane says, “I am really looking forward to playing Muddles at The Theatre Royal Plymouth this pantomime season. Sleeping Beauty is a great story with plenty of opportunity for big laughs and slapstick jokes which will entertain the whole family. Can’t wait to see you all there!”

Joining Shane as The Prince is Matt Terry, best-known for being crowned as the winner of the 13th series of ITV’s The X Factor in 2016. Since then, Matt has been recording and writing music all over the world and had a top-three hit with his Ed Sheeran-penned winner’s single When Christmas Comes Around and featured on Enrique Iglesias’ smash Summer single Subeme La Radio with Sean Paul. He has toured the world in leading roles in Rock of Ages, DreamWorks’ Madagascar the Musical and on Broadway in Dr Seuss’ How the Grinch Stole Christmas! the Musical.

Much-loved panto comic Peter Piper co-starred in ITV’s 5 Alive in the 1980s and then went on to star in US television shows. Peter appeared in the Jimmy McGovern series Broken for BBC One and appeared as Tom Ridley in Coronation Street for ITV. He’s more recently paired up with Shane in a new TV series Caravanning with Shane Richie for Channel 5.

Emerging musical theatre star Stephanie McKenzie joins the cast as Princess Beauty. Stephanie is currently touring the UK in The Osmonds: A New Musical, having recently graduated from the Royal Academy of Music.

Sleeping Beauty is produced by the world’s biggest pantomime producer, Crossroads Pantomimes. The family-friendly show will be packed full of comedy routines, participation and all the unmissable magic that Theatre Royal audiences have come to expect from their annual festive pantomime.

Chief Executive of Crossroads Pantomimes, Michael Harrison said: “I’m thrilled that we have Shane back with us this year to star in Sleeping Beauty at TRP. He is a true showman who can do it all and is a real stalwart of pantomime. Shane, combined with the talent of Matt, Ceri, Peter and Stephanie is a recipe for a very magical panto which will guarantee families a great time this Christmas.”

Speaking on the casting, Theatre Royal Plymouth CEO James Mackenzie-Blackman said: “In our 40th year, and in my first year as Chief Executive of TRP, it mattered to me that we assembled a fantastic company for Sleeping Beauty. I have no doubt that the residents of Plymouth, and the wider South West, will give Shane, Matt, Ceri, Peter and Stephanie, an amazing welcome to our city. I also know that this first-class company will help us all celebrate our birthday year, and the festive season, with fun, heaps of laughter and much Christmas cheer.”

Further casting will be announced later in the year.

Can true love survive and the handsome Prince Charming break the spell? Who will outwit the evil Enchantress and foil her wicked plans? All will be revealed in this spectacular panto packed with magic, music, comedy, and special effects.

Tickets can be booked NOW on the TRP website > www.theatreroyal.com/whatson/2022-sleeping-beauty/