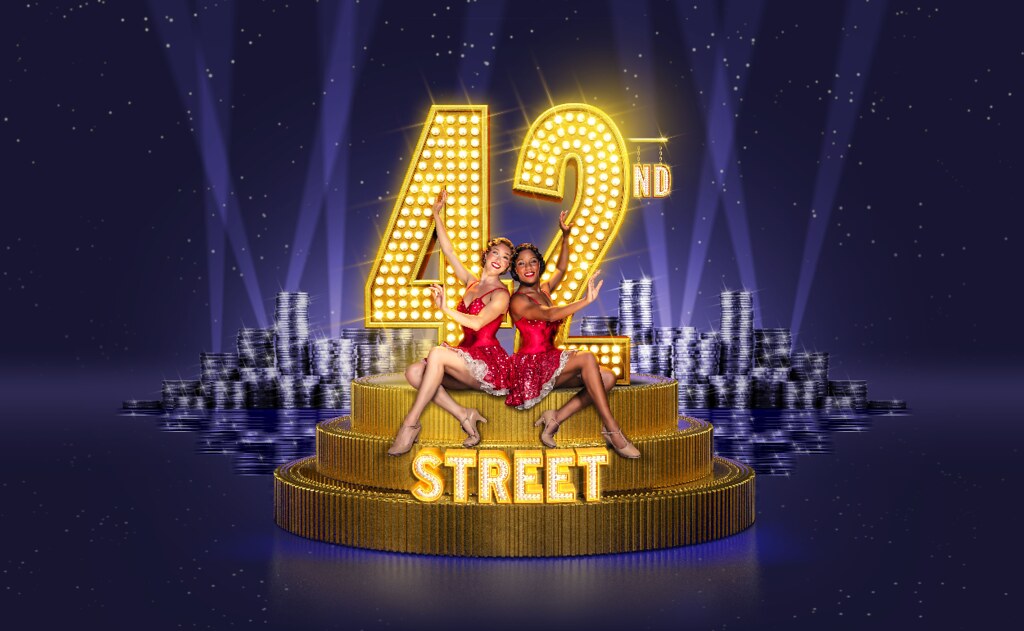 Three fantastic musicals, including 42nd Street and Annie are heading to the Lyric stage, as well as a brand new TRP co-production with Bristol Old Vic and Extraordinary Bodies, Waldo’s Circus of Magic & Terror.

Take a look at the new productions today to be among the first to book for the best prices and availability!

Tickets are on sale now on the TRP website.

Following two smash hit West End seasons, a record-breaking run at The Other Palace and winning the WhatsOnStage award for BEST NEW MUSICAL, Heathers The Musical, the black comedy rock musical based on the eponymous 1988 film, embarks on a new national tour.

Westerberg High’s Veronica Sawyer is just another nobody dreaming of a better day. But when she joins the beautiful and impossibly cruel Heathers and her dreams of popularity may finally come true, mysterious teen rebel JD teaches her that it might kill to be a nobody, but it is murder being a somebody.

“When this is all over, some of us will find out that we’re considerably better than we thought, and others, much, much worse.”

It’s 1930s Brandenburg and the persecutors’ whispers are growing to shouts. Many are leaving the country, but Waldo and his troupe of acrobats, clowns and conjurors are staying. Every night, they dedicate themselves to the entertainment of others.

Hidden beneath the glamour of Waldo’s big top is a story of forbidden love which balances on the tightwire. It’s a tale of courage, resistance, and the transformative power of love when the world is falling apart.

Prepare to be dazzled by this uplifting new musical by Hattie Naylor (Ivan and the Dogs, The Night Watch) and Jamie Beddard (Messiah, The Elephant Man) with an original score by Charles Hazlewood (Paraorchestra).

All performances are chilled, BSL interpreted, captioned and audio described.

Based on the book by Julia Donaldson and Axel Scheffler.

Large in size and keen in nature, Zog is eager to win a golden star at Madam Dragon’s school, where dragons learn all the things that dragons need to know. Zog tries so very hard, perhaps too hard, and he bumps, burns and roars his way through years one, two and three. Luckily, the plucky Princess Pearl patches him up ready to face his biggest challenge yet…a duel with knight, Sir Gadabout the Great!

The smash-hit stage adaptation from Freckle Productions (the team behind Zog and the Flying Doctors and Stick Man) is back and promises to be bigger, brighter and more roar-some than ever before! With lively songs from Joe Stilgoe and directed by Emma Kilbey, Julia Donaldson and Axel Scheffler’s much-loved Zog is a magical production for all ages.

Breakin’ Convention, the world’s ground-breaking festival of hip hop dance theatre, is back in 2023!

Expect jaw-dropping and inspiring performances from internationally celebrated poppers, lockers, b-boys and b-girls in a festival that showcases local talent alongside global sensations.

Run out of Sadler’s Wells in London, Breakin’ Convention has been leading the hip hop theatre revolution since 2004.

Jonathan Church (Singin’ In The Rain, The Drifters Girl) directs the iconic song-and-dance spectacular featuring a hit parade of toe-tapping songs including “42nd Street,” “We’re In The Money,” “Lullaby of Broadway,” “Shuffle Off To Buffalo” and “I Only Have Eyes For You.”

Fresh off the bus from small-town America, young and beautiful Peggy Sawyer arrives in New York City dreaming of her name in lights. She quickly catches the eye of a big-time director and lands a spot in the chorus line of Broadway’s newest show… and when the leading lady gets injured, Peggy gets her shot at stardom.

42nd STREET is a larger-than-life, massively entertaining celebration of musicals and the irrepressible spirit of Broadway that’s guaranteed to lift anyone’s spirits. Don’t miss it!

Set in 1930s New York during The Great Depression, brave young Annie is forced to live a life of misery at Miss Hannigan’s orphanage. Her luck soon changes when she’s chosen to spend a fairytale Christmas with famous billionaire, Oliver Warbucks. Meanwhile, spiteful Miss Hannigan has other ideas and hatches a plan to spoil Annie’s search for her true family…

With its Tony® award-winning book and score, including the unforgettable songs It’s The Hard-Knock Life, Easy Street, I Don’t Need Anything But You and Tomorrow, you can bet your bottom dollar that you’ll love it!