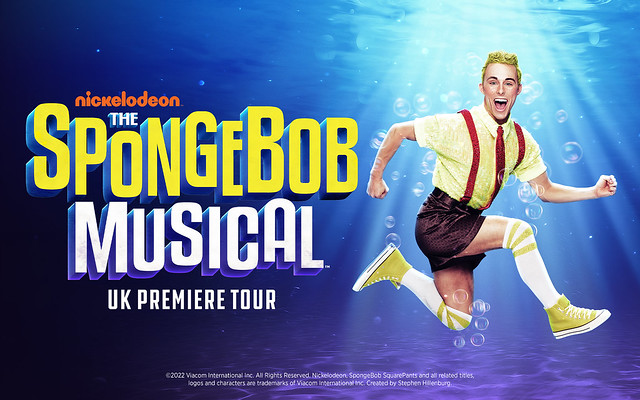 Who lives in a pineapple under the sea and became the hottest star on Broadway? SpongeBob SquarePants! Plunge into this stunning all-singing, all-dancing, dynamic stage show!

When the citizens of Bikini Bottom discover that a volcano will soon erupt and destroy their humble home, SpongeBob and his friends must come together to save the fate of their undersea world! With lives hanging in the balance and all hope lost, a most unexpected hero rises up.

The power of optimism really can save the world! An exciting new production featuring irresistible characters, magical choreography and dazzling costumes; this deep-sea pearl of a show is really set to make a splash with audiences young and old as the must-see musical of 2023. The future is bright, the future is bold, the future is THE SPONGEBOB MUSICAL.

Nickelodeon, SpongeBob SquarePants, and all related titles, logos and characters are trademarks of Viacom International Inc.

Nickelodeon, now in its 43rd year, is the number-one entertainment brand for kids. It has built a diverse, global business by putting kids first in everything it does. The brand includes television programming and production in the United States and around the world, plus consumer products, digital, location-based experiences, publishing and feature films. For more information or artwork, visit http://www.nickpress.com.
Nickelodeon is a part of Paramount’s (Nasdaq: PARA, PARAA) global portfolio of multimedia entertainment brands.