The Usher, written by Babs and Laura Horton, was commissioned by James Mackenzie-Blackman as a way of helping to bring to life the last 40 years of Theatre Royal Plymouth. 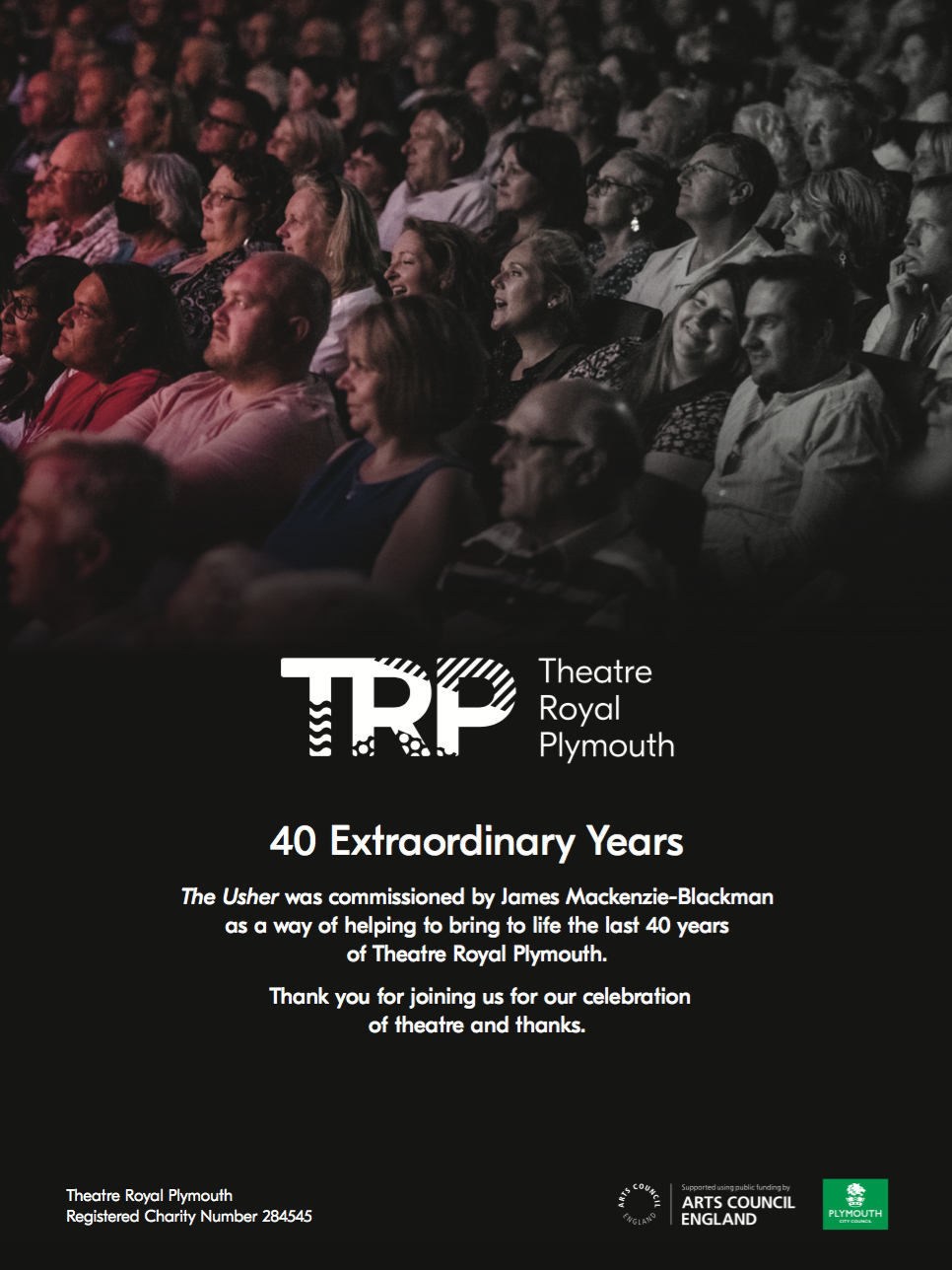 The Usher has been written by Babs & Laura Horton

Babs is a Welsh novel writer, playwright, and teacher. Her first book, A Jarful of Angels won the Pendleton May First Novel award and was shortlisted for the Authors Club Award. Other novels include Dandelion Soup (2004); Wildcat Moon (2006); Recipes for Cherubs (2008); Holy Mackerel (2013); The Emporium of Dreams (2016); Winter Swallows (2021).

Babs was head of English in a CAMHS unit working with young people with acute mental health issues, and it was here that she witnessed the power of literature in enhancing the experiences of fragile young people, helping them to challenge their thinking and move forward in their lives.

Laura is the current Plymouth Laureate of Words, the first playwright and woman in the role. In 2020, she wrote and produced her first film, A Summer of Birds, for Plymouth Fringe (Toast of the Fringe). Plays include: Triptych, Theatre Royal Plymouth, 2021; Labyrinth Diet; The Space Theatre (ONCOMM award), 2021; Giddy Tuppy, The Space (ONCOMM award), 2020.

She was listed in The Stage 100 in 2021 for her work lobbying and campaigning with her project Theatre Stories. Laura received the Pleasance and Theatre Royal Plymouth regional partnership for her play Breathless, which won a Fringe First award at Edinburgh Fringe and was shortlisted for Holden Street and Scottish Mental Health awards, 2022. Laura was also a finalist for the Popcorn and BBC writer’s room award. Breathless will be performed at Theatre Royal Plymouth in late October 2022. Her next commission as part of the Laureateship, The Light Follows Everyone, will be at The Box this autumn.