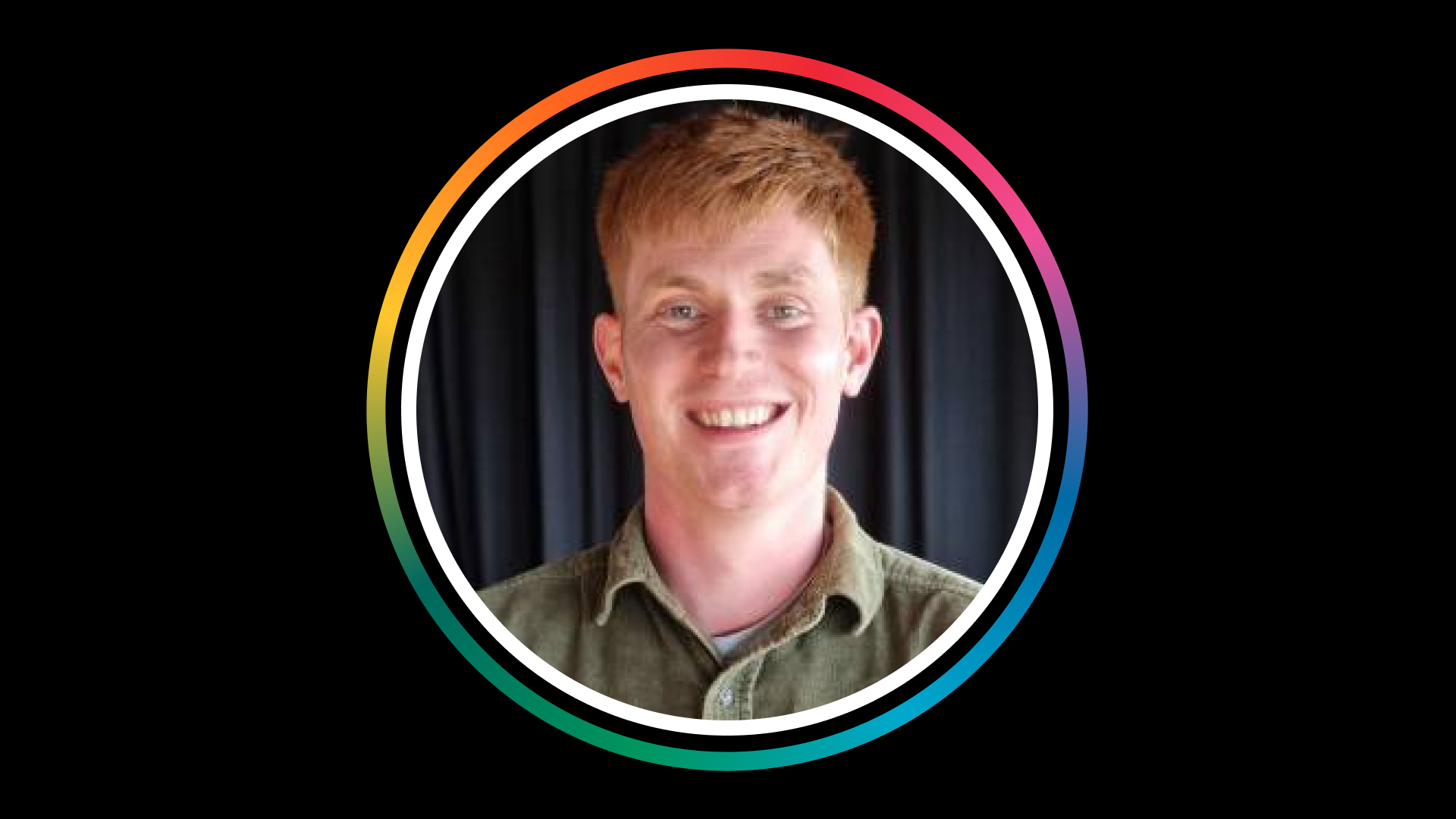 "When I'm doing a performance, I'm able to talk in a way that I never could in real life"

Poet, performer, and artist Chris White has a passion for making poetry fun and accessible. He started his journey with the Theatre Royal Plymouth in 2018, as part of the theatre’s Lab Associate programme.

Originally from Coventry, Chris didn’t go to the theatre often as a child.

“When I was in sixth form at school, I was doing drama, and I started going to the Warwick Arts Centre and the Belgrade Theatre.

“They used to do a free under 25s ticket scheme, so I’d go at the start of each season and just book tickets for every single show that was on. So, I started seeing a lot of theatre and realised that it was probably something I wanted to do.”

Chris was writing shows for his sixth form class and was encouraged by his teacher to study scriptwriting at university.

“When I was at uni, I found spoken word poetry and I started doing that, which was easier than playwriting. I joined the creative writing society and went to open mic nights. I started realising that poetry can be really funny, engaging and lively.

“I didn’t necessarily have much of a career path in mind, I was just doing it because I loved doing it.

“But we weren’t really taught much about how to be an artist in the outside world, so that was something that came much later.”

In 2018, Chris took part in TRP’s Lab Associate scheme. It is a year-long attachment to Theatre Royal Plymouth. Lab Associates are paid a fee and invited to make full use of the theatre’s spaces, resources, and people, to develop new work to perform in The Drum auditorium at the theatre. It was during his time as a Lab Associate that Chris developed his show Moist, Moist, Moist.

“It was huge because The Drum was a much bigger space than I was used to and the level of support and funding and being given permission to be in that huge space, really pushed me to making a show that I don’t think I could’ve made beforehand.”

Chris then secured a London premiere of the show at The Pleasance Theatre.

“That was amazing. Being able to do a week-long run with an audience I didn’t know was really scary but very cool.”

Chris is about to return to Theatre Royal Plymouth with another show Facial. It is part of a micro-festival at the theatre called Solo Voices, running from 17–21 May 2022.

“I actually wrote Facial in 2016 and I took it to the Free Fringe at the Edinburgh Fringe and performed it in this little room with no lights in it, and often, there would only be two people watching.

“I’ve always really loved the script and wanted to do it again. Doing it in The Drum means I’ve been able to get a musician to create a dark, cool soundscape, so I’m revisiting this old show, I’ve re-written some of it because things change. It’s a chance to make it bigger and better than it was before.

“It’s a pretty mad show and there’s lots of strands to it but it all comes together in the end.”

“I’m just as terrified performing now than I ever was. I assumed that would go away at some point, but it hasn’t.

“That can be a good thing though. It gives me that energy to actually go and do it.

“When I’m doing a performance and I’m able to express ideas to an audience of people I don’t know, I’m able to talk in a way that I never could in real life.”

Chris explains where he finds his inspiration and ideas.

“I think about something I struggle with or makes me feel anxious and then I want to turn that into a funny story.

“I keep making it weirder and weirder and more surreal but at the heart of it is something quite personal to me.”

Chris’ ambition to continue making more work is ongoing, as he is currently writing a musical, with themes of the apocalypse and David Attenborough.

“It’s something completely new for me. I’m really excited for it.

“I like being busy and being able to jump from one project to another and it’s amazing that I’m doing this for a job. It baffles me a bit.”