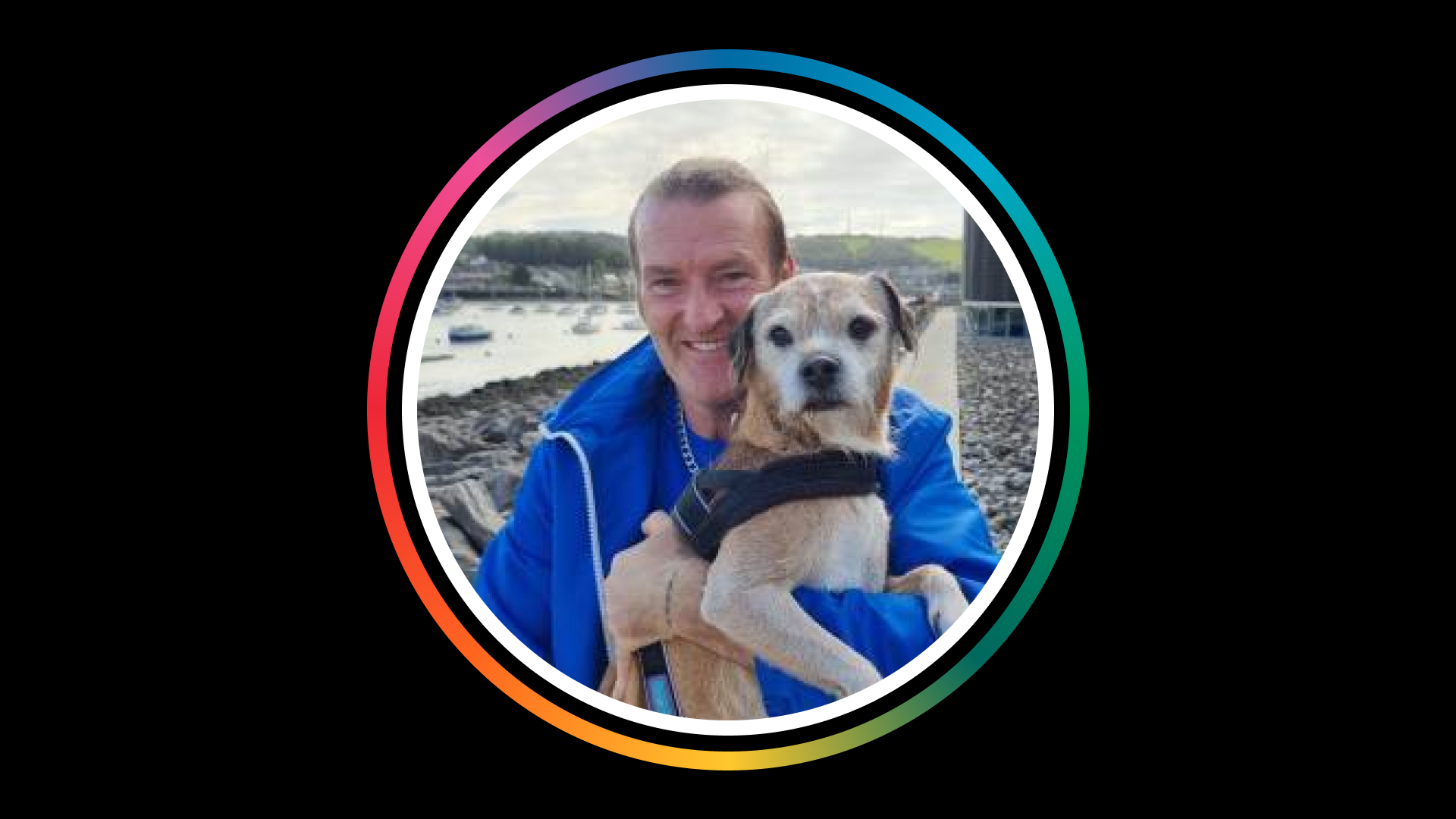 "Because I'm bipolar, I try and stay in the moment. That's why theatre is good for me"

Clive Rowe is no stranger to doing interviews, in fact, he is a well-known face in Plymouth, selling The Big Issue magazine outside Theatre Royal Plymouth, alongside his loyal four-legged companion Geezer. More recently, Clive’s swapped selling the magazine for taking part in more theatre-based activities. But the Clive you see today could not be further from the person he used to be. Clive was homeless and lived on the streets for over 23 years. He battled alcoholism and mental health issues.

In 2006, Clive started selling The Big Issue, a newspaper offering homeless people the opportunity to earn an income. Clive sold it in various pitches before he was housed in a hostel and began selling the paper outside Theatre Royal Plymouth.

“When I started working outside the theatre, I realised what a big family theatre is.

“It doesn’t matter who you are, they are all on your level and are very friendly and outgoing. You can talk to anyone in the theatre and you’ll get the time of day.

“It’s a very inclusive world, and within weeks of being outside the building, I felt more and more included. The theatre really pulled me in.”

This feeling of inclusion is not something Clive has always felt. He says living on the streets presented many challenges.

“It occupies your mind all day long. But it’s dangerous. It’s a very anxious life and things happen to you that can be very unpleasant.

“The culmination of 23 years of some really good things but the hard, dangerous things on the street, leaves a mark on you, and it’s made a mark on me.”

Clive says it is difficult to pick yourself up from such a difficult and isolating place.

“Alcohol was my friend. If I was really anxious I’d drink myself into oblivion and black out but now theatre replaces that hole that’s in there.

“When I let go of the alcohol, I had a big space in there to fill, and I’ve used theatre to do it.”

Clive recalls attending a production by Our Space at Theatre Royal Plymouth. Our Space is our programme that works with adults with multiple and complex needs.

“I was very psychotic at the time, and watching the show I realised that the performance there was bigger than what was in my head.

“I felt the only way to cure myself is to get on that stage and perform.”

Within two or three weeks of that pivotal moment, Clive began attending Our Space sessions, and now, several years on, it has given him a huge amount of confidence.

“I’m completely theatre-orientated now. The stage is my excitement. That’s where I get my best feelings from. I like that nervousness, ‘will I remember my lines, will I remember to move at the same time?’ All those things completely occupy me in a really exciting way, and I love it.

Lockdowns meant Clive could no longer sell The Big Issue. In August 2021, he achieved his lifelong dream of gaining two GCSEs in Maths and English, something that England footballer Marcus Rashford congratulated him on, in a social media post. He also turned his hand to volunteering, giving up his time to help out at Plymouth’s COVID-19 mass vaccination centre at Home Park stadium. It was volunteering there, which inspired him to write a short sketch, which he and others from Our Space performed alongside NHS The Musical in September 2021.

His short play was one of four non-professional sketches staged in the foyer of the Theatre Royal Plymouth, immediately after the main show.