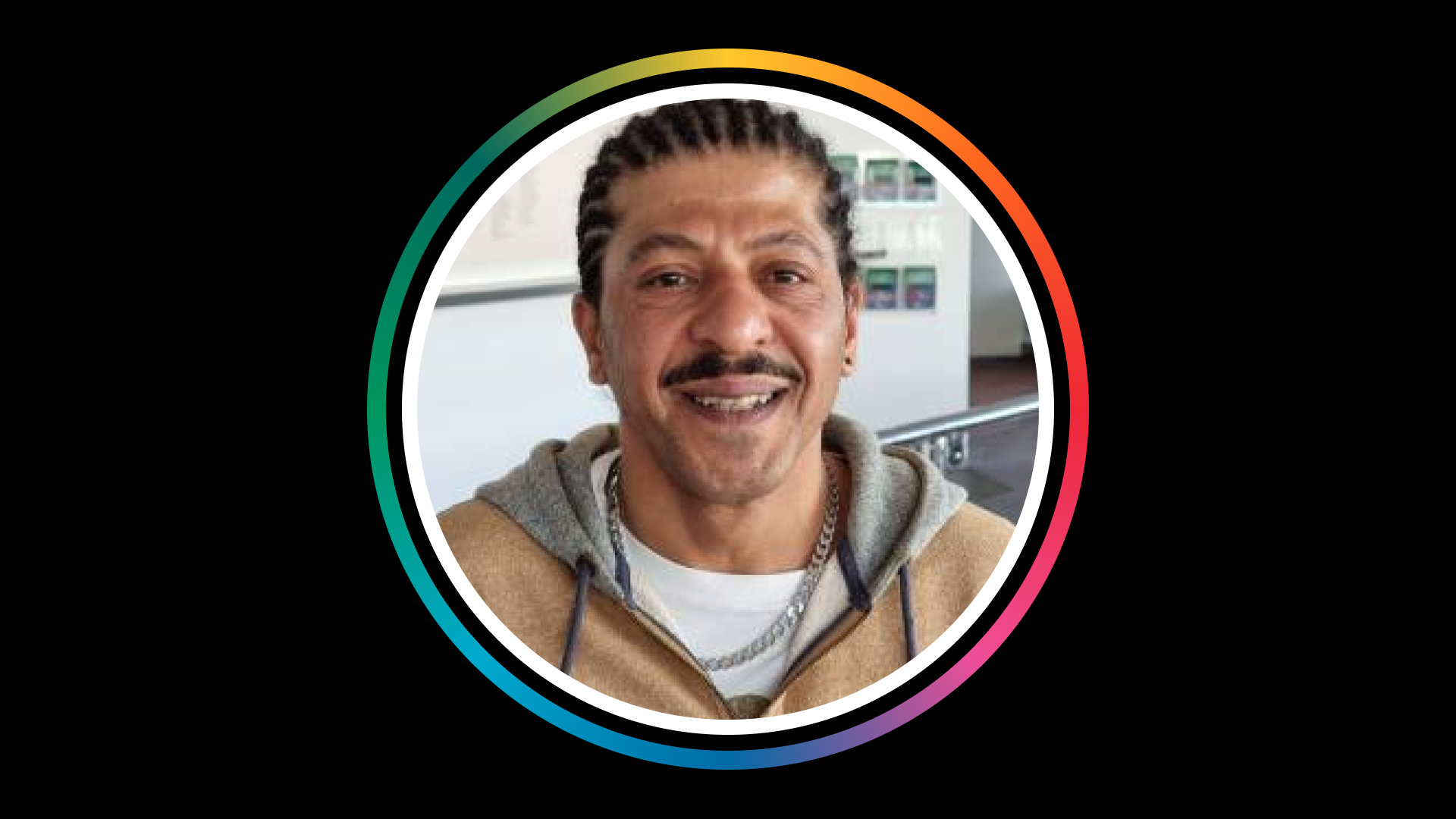 "The theatre gave me aim to live, and hope. Before, I was hopeless"

Originally from Iran, Ferri Feredouni not only gained self-confidence but also a love of theatre through TRP’s Our Space and Project X.

He is now an assistant practitioner and creative enabler for the theatre, passing on the skills he learnt and the passion he discovered.

“I’m from Tehran originally. I went to the wrong crowd, started to do drugs and alcohol. There was a lot of politics going on there too and it wasn’t safe. My parents said to me I have to go.”

Ferri came to the UK in 2000 and settled in London for around 15 years, but it wasn’t all plain-sailing.

“As soon as I woke up, there was a bottle of whisky next to me. It’s not something to be proud of. I was working but all my money was spent on going to the pub or the off-licence.

Ferri was then sent to Plymouth, a city he had never been before, for rehab.

“I thought rehab was for two or three days but it was more like three months and then another three months for secondary rehab.”

Moving from London to Plymouth took some adjustment for Ferri.

“The pace of life seemed slow to start with but I’m used to it now. I love Plymouth really.”

In 2015, having already completed three months of rehab in Plymouth, Ferri began attending TRP’s weekly Our Space sessions, for adults with multiple and complex needs.

“In the beginning I didn’t want to go but my friend said ‘let’s go there, you’re going to enjoy it’ and I said ‘but I barely talk English’.

“At the beginning I was shy and nervous. I was from a different background and there are language barriers. I had depression as well. I didn’t want to join in with the group but slowly we played some games and it was really lovely.

“Bit by bit I learned to be with the group, I learned team work and responsibility. My personality came out.”

Ferri says Our Space changed his life, and it was the approach by practitioners in the first sessions that helped him feel comfortable.

“The best thing about joining Our Space was that no one would judge you.”

Ferri then progressed to Project X, for Our Space members, offering them bespoke training sessions and the chance to gain further skills.

“I performed on stage. It was a really good feeling, I was buzzing. In 2017, I became an assistant practitioner here. The theatre gave me aim to live and hope. Before I was hopeless.”

Through TRP, Ferri has delivered lessons in primary schools with children who are less likely to engage in arts activity. He has assisted the Engagement & Learning team on Young Company and Young Company Hubs, Funky Llama, Dare to Dazzle and Our Space, the project he began his TRP journey with.

“In my mind, theatre was for a different part of the community. I never thought that would be me. There are opportunities for everyone. I’m an example of that.”

Ferri is returning home to Tehran later this year to visit his father and two sisters who live there. He plans to continue working with TRP and giving more people the chance to enrich their lives through the arts.