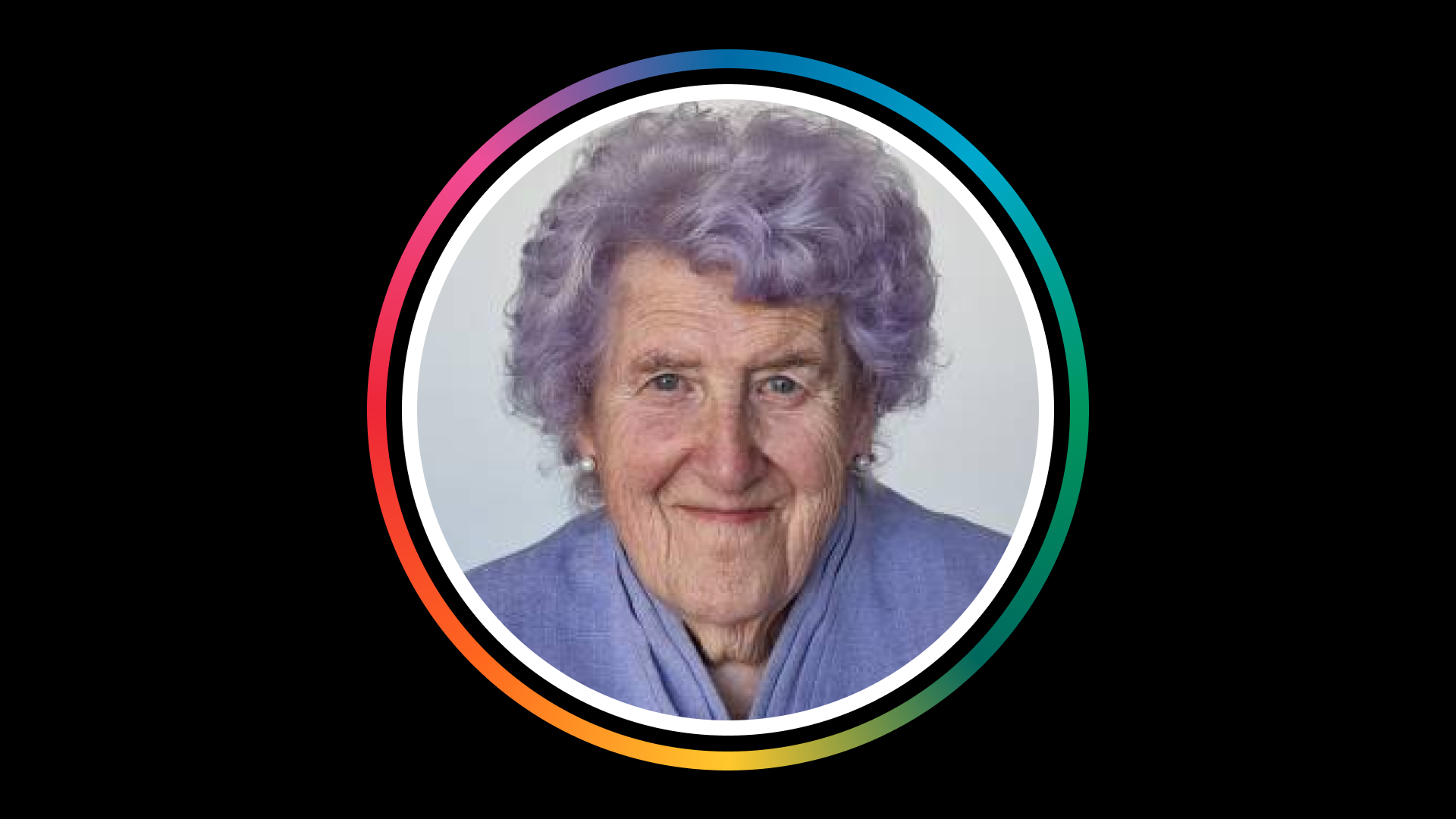 At the age of 91, Joan Lucas is not only a Theatre Royal Plymouth Member. She also regularly donates money to help local children who have a lack of access to the arts, to watch productions on stage and experience the magic of theatre. Joan was born in Birmingham before moving to Plymouth in 1963.

“I taught deaf children for 38 years. I retired in 1987. It was a very old institutional boarding school. Back then, we weren’t allowed to use signing, so we had to teach them lip reading and speech, which is not easy.”

Joan recalls wanting to teach from a young age: “I had a blackboard and easel and a desk and my dear brother, who was three and a half years younger than me, had to sit at the desk and he hated school from the minute he went. That was my fault!”

Joan was just four years old when she was first taken to a theatre.

“I was very lucky that both my parents were into theatre. Both of them were from poor families so we didn’t have much money. My mother was a chorister. I think it’s in my genes.

“I was then taken regularly. I remember Peter Pan at the Birmingham Repertory Theatre. It was marvellous and I can still see the crocodile going along the stage ticking, even now.”

Theatre Royal Plymouth celebrates its 40th year in 2022, and whilst Joan cannot remember what her first show here was, she is certain it was not long after the theatre first opened in 1982.

“Before that, we used to have a little theatre on the Hoe and I used to go there.

“It’s just magic to me, it’s nothing like the cinema.”

Joan is a Director Member of the Theatre Royal Plymouth. Memberships allow you to gain access to benefits such as priority booking, discounted tickets and exclusive events, whilst supporting our work on stage with local emerging artists and with some of the most vulnerable people in our local community.

She has also started her very own ‘Joan Lucas fund’, regularly paying for local children to watch a production on stage at TRP. The idea for it came from when she went to grammar school in Birmingham. There was a fund at the Birmingham Repertory that allowed her to go to the theatre for nine pence on a Thursday afternoon.

“I have no family to leave my money to. I’m trying to do things with my money and I find it really rewarding that I can do it.”

“Hopefully children who would never be taken to the theatre, can come and see a wonderful children’s show here. Joan explains one particular moment when she saw the impact her money was having.

“Once there was a school group from Devonport sitting two rows behind me. When I came into the theatre, they were all lined up ready to come in, with the headmistress standing there with them.

“I said to her ‘are you the people who’ve had your tickets paid for?’ and she said ‘yes’. I said ‘I’m Joan Lucas’ and she immediately threw her arms round me.

“I also got these beautiful pieces of artwork from them saying ‘thank you’. It really touched me. I was delighted.”

Joan has also recently funded bursary places for TRP’s Young Company, so that young people can access regular workshops at the theatre.