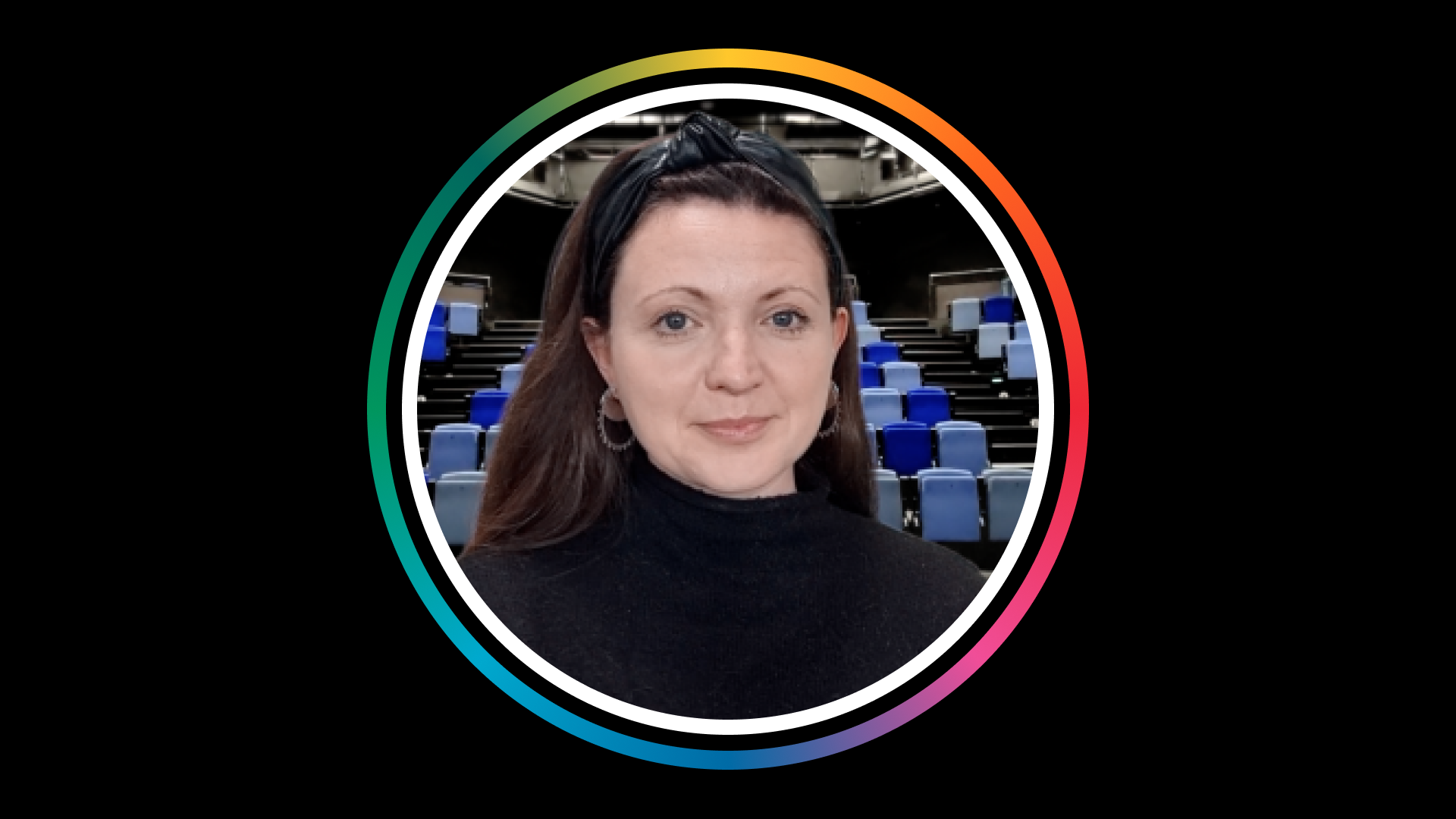 "If Theatre Royal Plymouth wasn’t here, I very much doubt I’d be working in theatre"

Plymouth-based publicist and playwright Laura Horton has had a varied career, but whilst she always hoped she would write theatre plays, she didn’t always have the confidence and self-belief to do so. Now, with the backing of Theatre Royal Plymouth, Laura is preparing to take a production to the Edinburgh Fringe Festival. Laura was introduced to theatre at a young age.

“My mum took me to see Winnie the Pooh and the Blustery Day when I was about three years old, so that was my first experience of the Theatre Royal Plymouth.

“Growing up, I loved theatre and the arts, and I wanted desperately to be a writer. At that point, I had no idea that you could be a playwright, because my understanding of theatre really was Shakespeare, and you never saw the process.”

Laura recalls creating plays from about the age of six.

“My mum bought me this little plastic theatre and you could change backdrops and things, and I used to make up shows and charge my family 50 pence a ticket and shush them if they made noises. I was quite bossy.” Laura laughs.

“Back then, and even when I started working in theatre, most of the plays that were on were written by men, so it didn’t occur to me that I could work in theatre as a writer.”

After graduating from university with a degree in English, Laura wasn’t sure what to do.

“I got a job as an usher at TRP, and I worked there for a few years, and then I was also working as a shredder, so literally shredding documents for a few months. I think people felt sorry for me, so they’d come and talk to me.”

After that, Laura secured a job working in the press and marketing department at TRP, before going onto a similar role at the National Theatre in London.

“That was amazing for me because I never thought I’d be able to work somewhere like that. It hadn’t occurred to me.

“I worked on an outdoor festival called ‘Watch this Space’, a huge highlight for me. It was a free festival that people could access just walking through the city, and as theatre is about engagement and community, that seemed to do a lot of good.”

Once Laura had worked in theatre for some time, she began experimenting with playwriting and creating theatre, something she previously didn’t have the confidence to do.

“I started writing when I was about 28 or 29. I love writing stories and having them put on, there’s something magical about it. The last few years have been busy for Laura. In 2020, in response to the Covid-19 pandemic, she created a project called ‘Theatre Stories’.

“I could see the industry crumbling and as a freelancer, I felt I couldn’t do anything about it. I just thought about how awful it would be if theatre wasn’t here anymore.”

Laura began collating stories to send to the Government as evidence of the impact theatre has on people’s lives. The following year, Laura became Plymouth’s first ever Laureate of Words, a two-year role which sees her write commissions for places across the city like The Box.

“I’ve also been going into schools in Stonehouse and teaching school kids how to write monologues and I’ll be running a playwriting group in October for anyone to join.

“I also did a lot of work around World Book Day about why people don’t necessarily think about reading plays as they might a short story or poetry collection.

“It’s very involved and all about amplifying theatre in all its different ways in the city and trying to engage people who wouldn’t normally get involved.”

One of Laura’s next projects is taking her show Breathless to the Edinburgh Fringe Festival. Based on her own experiences of hoarding disorder, the play is a coproduction between Laura and Theatre Royal Plymouth. She will also be previewing the play in The Lab at TRP from 20–23 July.

“This will be my eighth year at Fringe, but I’ve always been as a publicist. This is the first year I’m going as a playwright, which is so exciting.

“It’s extremely personal as a piece, so I do feel like I’m laying myself quite bare, but I am enormously excited.”

Plymouth is home for Laura and the Theatre Royal Plymouth continues to be a special place for her.

“I’ve worked in the theatre in so many different ways, and it’s supported me at every stage. That’s just incredible to me. If Theatre Royal Plymouth wasn’t here, I very much doubt I’d be working in theatre.”