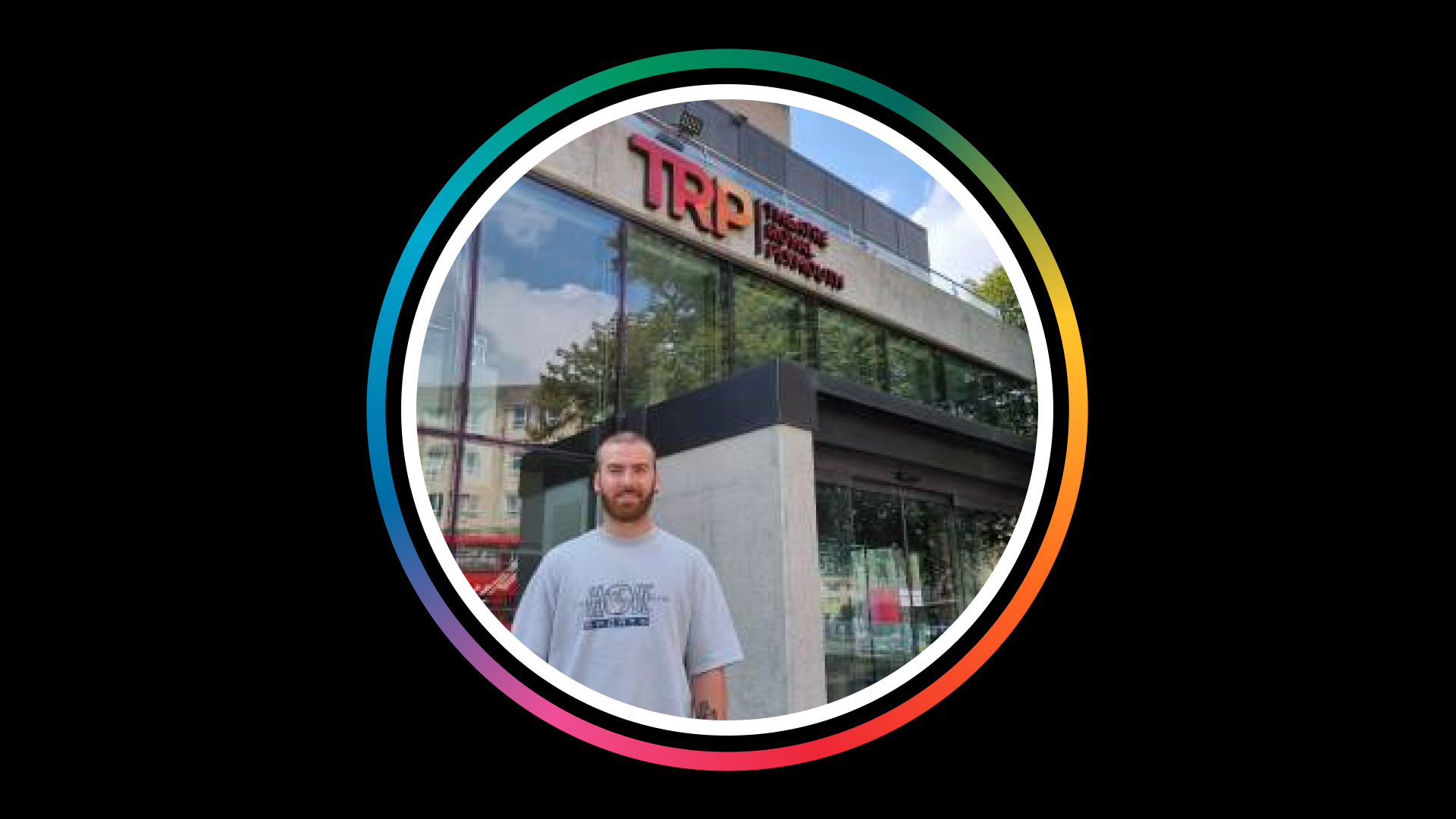 Perry Johnson is a hip-hop dance artist and theatre practitioner in Plymouth. He is the first in a series of case studies, looking at the impact Theatre Royal Plymouth has had on people’s lives.

Until 2012, when he attended a workshop at Theatre Royal Plymouth, Perry hadn’t even stepped foot inside a theatre. He has gone from thinking theatre wasn’t for him, to travelling across the world and helping other men explore their own creativity and break into the arts industry.

“My first encounter with Theatre Royal Plymouth was in partnership with a theatre company called Frantic Assembly, who were hosting free workshops through TRP.”

The project is called Ignition, and is still running across the country, including at Theatre Royal Plymouth.

“Ignition started off because there weren’t enough men entering the arts industries. A lot of the people who came along didn’t have any theatre or arts training prior to the workshops.

“Some of them had sports backgrounds or worked in construction.”

During a visit to Plymouth in 2012, Frantic Assembly’s Ignition project ran a series of auditions at TR2. Perry recalls that day: “I never really had any theatre experience ever before, so it was a really interesting audition. It was the first time that I actually attached myself to any kind of theatre.

“The way Theatre Royal Plymouth and Frantic Assembly approached the workshop really intrigued me. I thought it was going to be overly dramatic and stereotypical but being involved totally changed my perspective of what theatre is.

“I never felt like theatre was for me or my peers but the workshop made me feel accepted into that world. It made me feel that I could be part of this.”

Performing was a far cry from what Perry originally planned for his career. After finishing school, he was going to join the armed forces.

“For medical reasons, I had to defer. Then when I finally could go into the army, I just lost my buzz for it.

“I wasn’t doing anything with my life. I was hanging around and causing trouble. That’s when I found Street Factory in Plymouth which is a hip-hop dance school. I was releasing a lot of tension I had and became really attached to dance.

“I stumbled across dancing because I was at a point in my life where I needed something to get my energy out.

“Everyone needs an outlet and mine was dancing. I plugged into that and haven’t stopped since.”

“What was really important was keeping the relationships after the project. They didn’t want to lose any of the community which they’d just gathered.

“In the following year, Theatre Royal Plymouth wanted to attach me as an assistant practitioner to help run the workshops and take more of a role in leading them.

“I was also encouraged to go to City College Plymouth and study BTEC Dance.

“Matthew Bourne came to Plymouth and he did a community project alongside his show ‘Lord of the Flies’. I auditioned for it, and then got to perform on The Lyric stage, which was incredible. It felt like a real step up in my professional development.”

In 2013, Frantic Assembly returned to Plymouth to hold more workshops and auditions. This time Perry was part of the team.

“Year after year, working on the Ignition project, I gained lots of skills and abilities, and Frantic Assembly trained me up as a theatre practitioner.”

That is something Perry has continued to do ever since. He has recently worked as creative associate support on TRP’s own production ‘NHS The Musical’.

Perry says it wouldn’t have happened without that initial workshop: “It’s opened so many doors in my career. I’ve been all over the world. I’ve travelled to Asia, Australia and Norway, running physical theatre residencies.”

Perry recalls how he felt going from a workshop participant to leading the activities, in the space of just a few years: “I became a role model. Knowing that I could pass the baton on, and hopefully inspire other people was a really rewarding feeling.

“Theatre Royal Plymouth and Frantic Assembly have equipped me with self-confidence and opportunities.”

“We’re going to see who we’ve got in the room and throw as many creative tasks at them, involving movement and text. By the second day, we’ll hopefully have a 10 or 15 minute show ready.”