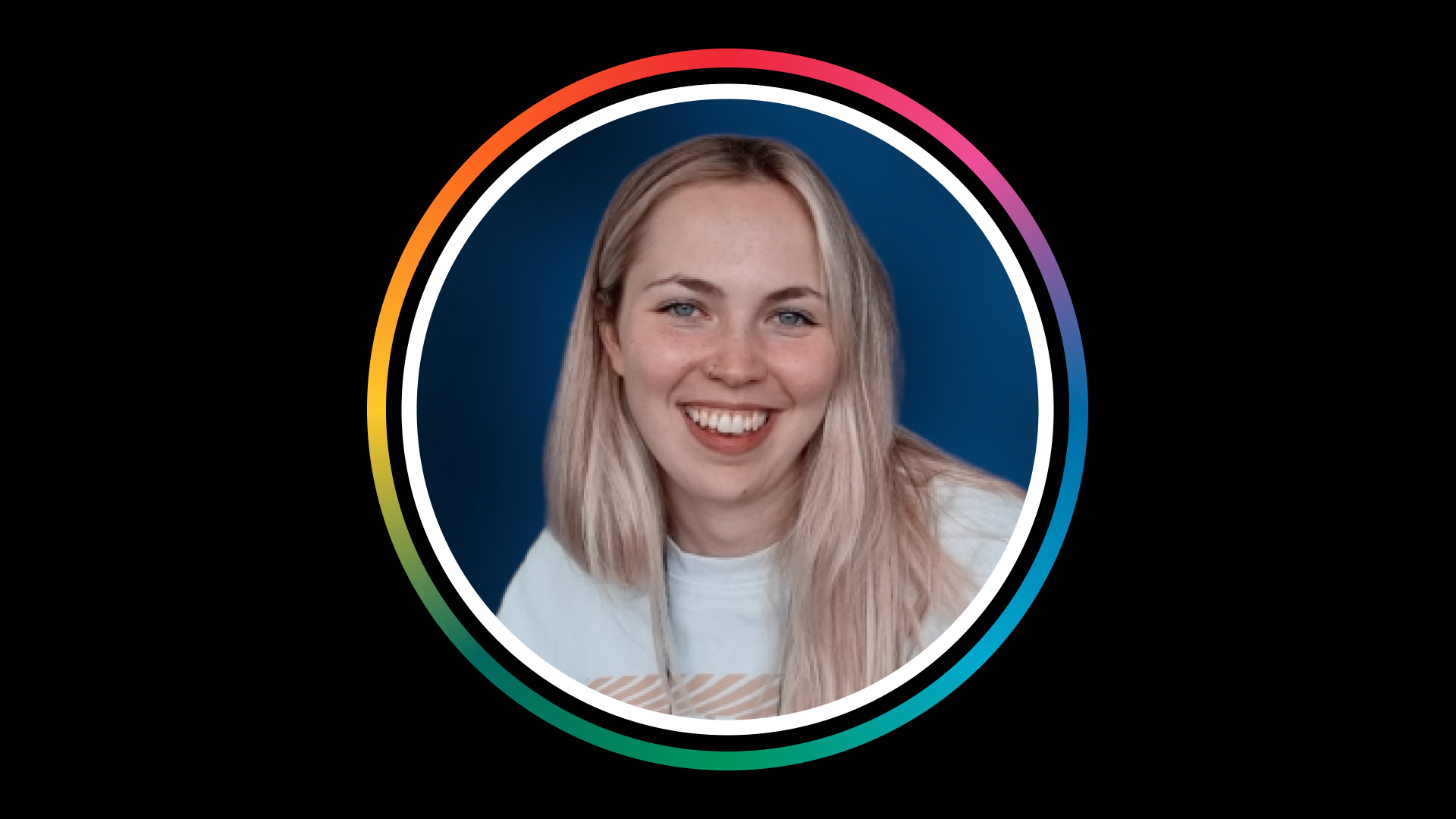 Philippa Gunning is a freelance actor, theatre maker, assistant practitioner, and front of house supervisor at Theatre Royal Plymouth. Having graduated from drama school during the pandemic, Philippa has only recently begun her career in the performing arts but has already discovered a passion for telling real-life stories on stage.

“TRP has been there throughout every stage of my journey in becoming a freelance actor and theatre maker. Everything from watching my first show to making my theatre debut happened within these four walls, so it’s been a really special journey.”

As a child, Philippa was taken to the pantomime at TRP every year, and it was at primary school where her interest in performing really started.

“We did shows at the end of term and that’s when I fell in love with performing. After doing A-Level drama, I decided I wanted to train professionally and went to study at Plymouth Conservatoire.”

Plymouth Conservatoire is a collaboration between the University of Plymouth and TRP, allowing students to train with industry experts and helping them to break into the creative industries.

“Studying an acting degree during a pandemic was challenging. Learning this new virtual practice was essential but I’d be lying if I said there weren’t times that I questioned whether I could do it. The theatre industry was under such stress during the pandemic.

“I think COVID-19 was a wakeup call for me to put in extra effort and try and push the doors open at a time when it felt like they were closed.”

Almost as soon as Philippa’s course had ended, she was accepted into the theatre’s Lab Company, a year-long training programme for theatre-makers at the start of their careers.

“Receiving the email that I was successful in my Lab Company application was a really exciting feeling. I had only just graduated, and it was the perfect next step.

“It’s just been the best year. I didn’t think I’d be so involved and sewn into TRP as I am. Lab Company has been a real staple to my first year as a graduate. I’ve had the consistency of those sessions whilst being able to pursue my freelance work. As well as taking part in Lab Company, Philippa secured a job working front of house at the theatre last summer.

“Working front of house isn’t a performative role but I really wanted to find different pathways of working in a theatre. I hoped that I’d become a more well-rounded and less naive actor if I explored other areas of the theatre.

“I started in June 2021, and I cannot believe how important this job has been for me as a person and as a performer. You get so much second-hand enjoyment from watching other people enjoy theatre.”

Philippa admits she likes to keep busy, and she has certainly been doing just that. She is now part of TRP’s Assistant Practitioner scheme, currently working on projects such as Young Company and Tiny Tales. This has been something she describes as “the most eye-opening experience.

“I really appreciated theatre when I was younger and felt that it was a form of therapeutic escapism, so to be able to work with the Young Company and People’s Company has been so rewarding.

“I’ll be forever grateful for the avenues that TRP have offered me. I’ve learned it is possible to follow what you want to do.”

Philippa is now creating her own work and has ambitions to become a successful performer and playwright.

“Coming out of a degree in the midst of a pandemic, I’m just taking each day as it comes.

“I love writing. I often want to write about a life event or something that I struggle with and find an interesting way of telling that story.

“If you have a story to tell, you should tell it and the pandemic has woken me up to that possibility.”

Philippa recently presented a new piece of writing as part of TRP’s IdeasLAB, a platform for the sharing and development of new work, hosted in The Lab. Her semiautobiographical, one-woman play Along The Right Track was one of three performances that were put in front of an audience on 6 August.

Philippa’s passion and drive is evident and her determination to break into theatre has been felt by those working alongside her. If her first year in the business is anything to go by, then surely the sky is the limit.

“When you graduate, you have to really pour yourself into so many opportunities, and I’ve really tried to do that. I’m so grateful for everyone at the theatre for helping me enter the industry.”