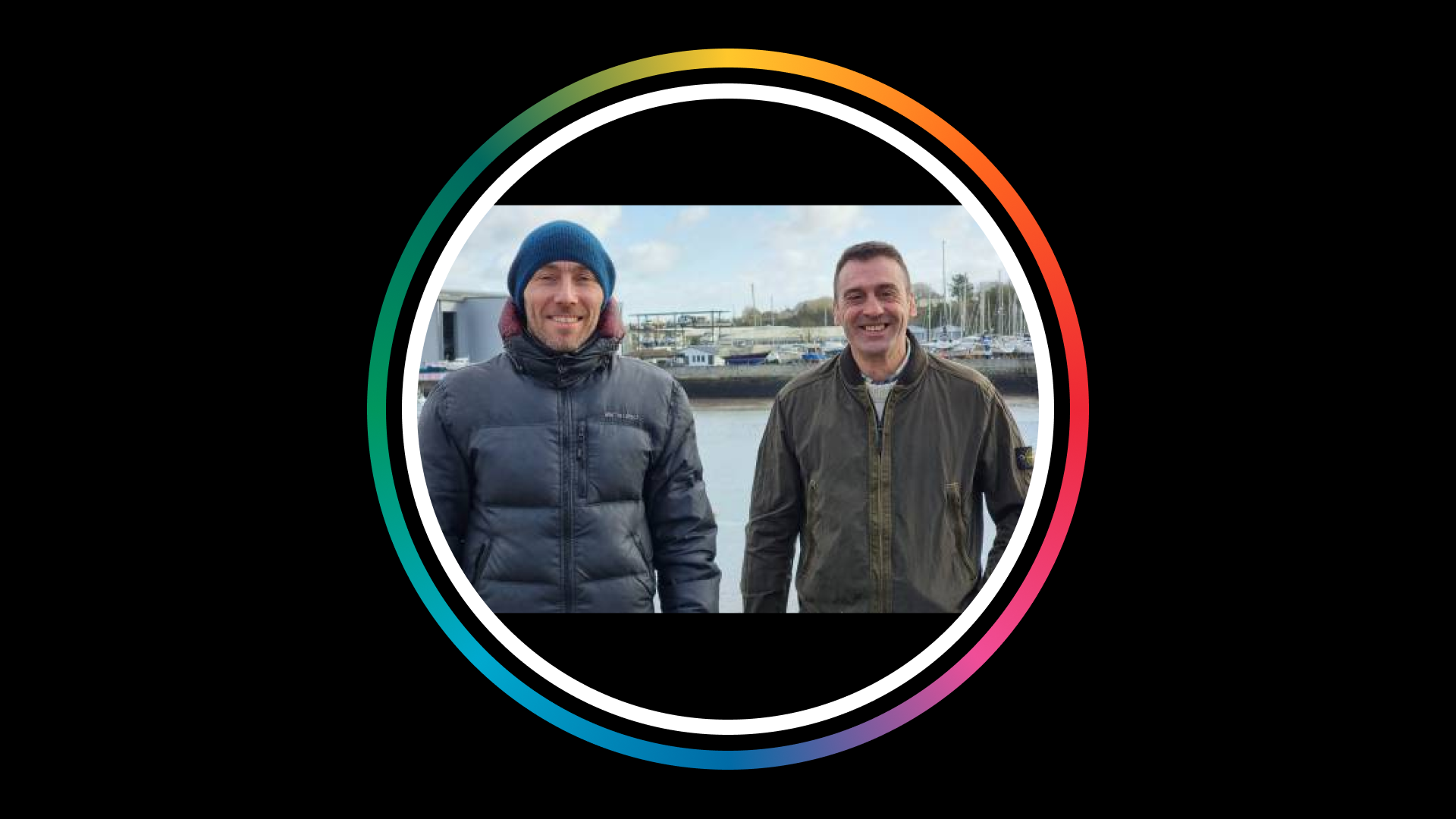 "Everybody has a story. It's just about everybody having a voice. That's what theatre should be about"

Writer and performer Jason Brownlee and director and engagement specialist Lee Hart are collectively known as the Voodoo Monkeys.

This edition of TRP Stories explores their backgrounds, ahead of their production Today I Killed My Very First Bird opening at The Drum this February.

The production will then go to Edinburgh Fringe later this year.

Jason explains: “I’m originally from South East London. I was a troubled child and gave my parents a lot of trouble and heartache. I then lived abroad for about 16 years in Spain and France.”

“I had no previous interest in drama, but I was suffering from chronic depression, so stepped out of my comfort zone and decided to get involved in Our Space.”

Our Space is Theatre Royal Plymouth’s creative programme that works with adults with multiple and complex needs. Members may have faced challenges such as homelessness, mental health issues or substance misuse. After attending Our Space for around a year, Jason was given the opportunity to join Project X, the next step on from Our Space where participants collaborate with a professional director to develop and devise work. It was at Project X where Jason met Lee Hart.

Lee discusses his background: “I was a really quiet kid growing up in North Wales. I was pretty lost when I was 18 and I didn’t really know what I was doing, so I was encouraged to give something a try and I ended up doing a course in drama.

“I went to drama school and then had a career as an actor. I started to create my own work as a movement director.”

Lee came to work at TRP for the first time in 2012, when he was an artist in residence for three months. It was at one of Lee’s workshops, that Jason began to write. After that, he wrote a series of poems based on the challenges he faced when growing up.

“It was like a healing process really. I realised I had a talent, and I just kept writing and found I really enjoyed it.”

Lee explains how the partnership between him and Jason came about: “We were both in the audience of a show at the theatre and in the interval, I was on the street outside the theatre just hanging out. Jason was there, and so was another guy from Project X called Joe.

“Joe said ‘Jason do some of your poem for Lee’ and he just launched into this poem. Very brutal, very funny in a dark way and I was just mesmerised. It just stuck in my head and I knew already that something exciting had just happened.

“When the time was right to develop a new idea, I asked Jason if he wanted to work with those poems, and he was up for it.”

Jason interjects: “Very up for it.”

In 2019, Jason was awarded Lab Associate, where he teamed up with Lee, and the pair formed the production company Voodoo Monkeys.

Lee said: “We received some money to shape these poems into a show. We brought in an audience and other actors, and it grew from there.”

Their production Today I Killed My Very First Bird is a darkly comic and stylish rollercoaster ride through 24 hours in the life of an East London villain. Drugs, violence, and dirty deals are a regular part of life. Jason performs alongside four other cast members. It is almost entirely seated and utilises his unique voice and visceral storytelling to create a potent, dramatic world.

Jason said: “It’s part biographical and part fictional. There’s a lot of truth in it. Hopefully that’s what will touch an audience and create a reaction.

“Telling the story has healed me. It’s a huge burden that’s been lifted off me.”

Jason recalls performing Today I Killed My Very First Bird for the first time in the Lab.

“It was incredibly nerve-wracking going onto stage. I still do it now, I shake sometimes and my mouth goes dry, but you face your fear and do it.”

The show has developed further since then. It will be previewing at The Drum at TRP this February, before heading off to the Edinburgh Fringe later in 2022.

Lee said: “We make a lot of great work in the deep South West and there’s an aspiration in me to share this work with a wider audience. Edinburgh is one of the best places in the world to do that.”

Lee remembers what it was like to hear that the show would be going to Edinburgh.

“It was both a big surprise and strangely expected at the same time. I knew this piece of work had to find a bigger audience.”

For Jason, creating this show has been hugely rewarding.

“It helped me find my true self, learning to be honest with who I am, accepting my past and looking forward to a brighter future. It helped me build confidence.

“I do find the theatre like a home. They’ve given me amazing opportunities. I owe the theatre a lot because they have completely changed my life.”

Jason said: “I would like our production company to be something that creates these workshops, that works with the community, to hear their stories.

“Everybody has a story. It’s just about everybody having a voice. That’s what theatre should be about.”

Lee has recently won the £10,000 theatre prize at the Arts Foundation Futures Awards. He hopes to continue creating work with other people from the community.

“I’m interested in new work. There are many people in the community who can give voice right now to something in a very unique way, and Jason is one of those people. “I’m interested in empowering people to tell their story and express themselves.”