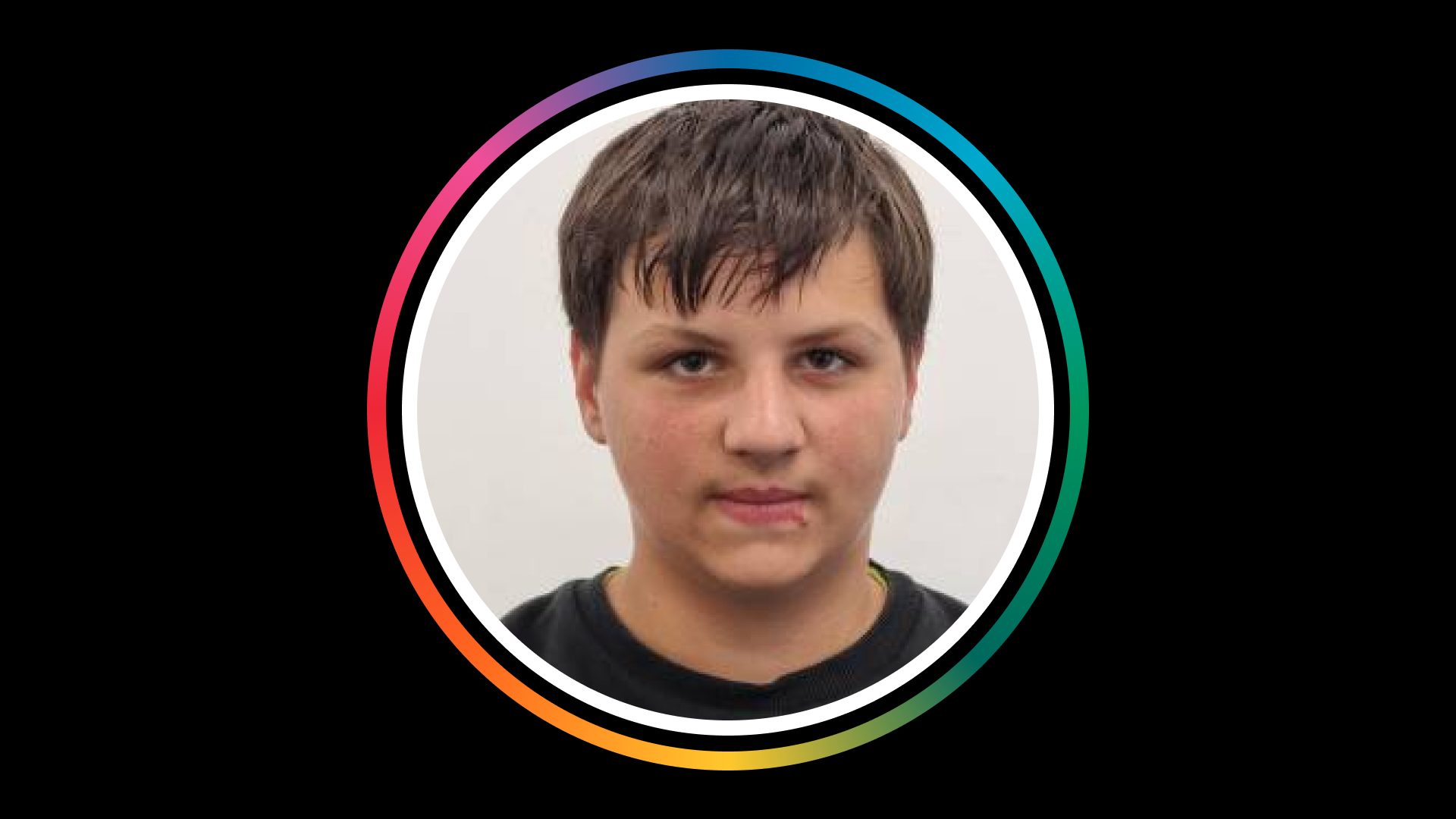 "I've learned that if I put my mind to what I’m doing, I can focus really well"

Zach Lauder has been participating in Theatre Royal Plymouth’s Young Company Hubs for almost two years and already has his sights on a career in the performing arts. Young Company Hubs works in partnership with five secondary schools across Plymouth and Saltash to offer TRP’s youth theatre provision to young people that may not otherwise be able to access it. The programme is an extra-curricular opportunity for young people to find a love for theatre. Zach remembers coming along to the first session, halfway through Year 7.

“At first, none of us knew each other so we were all a bit shy. As we got into it, we all started becoming friends and even outside of the sessions we were hanging out.”

It was Zach’s Nan who encouraged him to get involved with Theatre Royal Plymouth.

“My Nan, my Grandad, my Mum and my dad have all done drama stuff with the theatre before.

“My Nan worked at TR2 and looked after actors’ children. Mum and Dad did singing and performing and my Grandad worked backstage. This was all before I was born.”

Young Company Hubs is often young people’s first involvement with theatre, allowing them to not only learn about the world of theatre, but to also build positive relationships with others and work on improving their confidence and self-esteem through engaging in these workshops.

“It’s a really strong atmosphere where everybody can be who they want to be, and it’s just a nice place to be. I like where we get to make scripts and put all of our effort into a piece of work that we can show.”

Every year, the Young Company perform three shows in The Drum. For the Spring show Busting Heads in April 2022, some Young Company Hubs members were cast in the show, including Zach. It was the first time Zach had performed in the theatre. Throughout the rehearsal process, Zach was outside of his regular environment and having to adapt to new situations and scenarios. Practitioners noticed his behaviour improved within the rehearsal space.

“Busting Heads was really fun. When we were rehearsing, we thought it went really quickly and we needed more time, but the shows went really well. They were challenging at times, but we did it.”

“That was the hardest thing, but I remembered all my lines and the stage directions. I was really nervous before going on stage, because most of the audience we didn’t know.

“During Busting Heads, I learned that if I put my mind to what I’m doing, I can focus really well.”

Zach is grateful for the opportunities being part of the Young Company has given him.

When asked about his future career goals, Zach said: “Hubs has helped me understand that no matter what I’m going to do, if I put my mind to it, I can do it. It’s moved me more towards jobs in drama, arts and music.”

Young Company Hubs is kindly sponsored by Pennon. Vicky Garner, Partnerships and Community Coordinator at Pennon, said: “As a business based in the South West, we believe it’s our responsibility to promote and contribute to the region.

“We’re delighted to be sponsoring Theatre Royal Plymouth and the engagement and learning project Young Company Hubs. “The support this brings to local schoolchildren is fantastic and we are very pleased to be supporting the local community along with the TRP.”