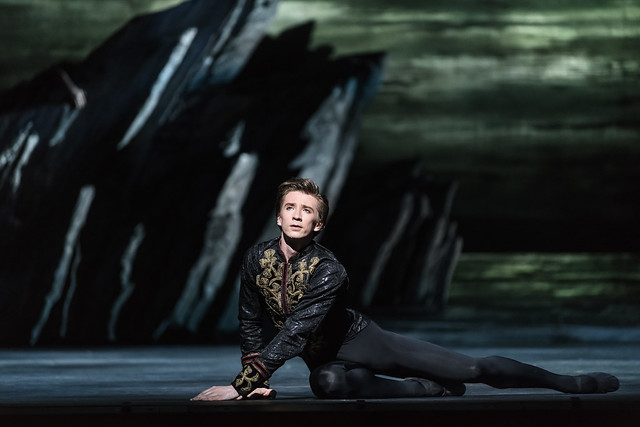 To mark World Ballet Day, Birmingham Royal Ballet is delighted to announce that Vadim Muntagirov, Principal Dancer with The Royal Ballet, will perform the role of Prince Siegfried in the world’s best-loved ballet, Swan Lake, at Theatre Royal Plymouth for two nights only on Friday 17th and Saturday 18th March 2023. Vadim will dance with BRB Principal Dancer Céline Gittens in the role of Princess Odette. This will be a rare chance to see one of the world’s greatest ballet dancers perform outside London and in the South West.

Vadim last performed in The Royal Ballet’s Swan Lake in March 2021 to critical acclaim and delighted audiences when he guested with Birmingham Royal Ballet earlier this year in Don Quixote at the Birmingham Hippodrome.

Birmingham Royal Ballet’s Director Carlos Acosta said ‘We are so lucky to have one of the greatest dancers in the world today, Vadim Muntagirov, dancing with BRB at Theatre Royal Plymouth next year. It will be an amazing experience for the company and audiences to have him perform with us for the second time.’

James Mackenzie-Blackman, CEO and Executive Producer at Theatre Royal Plymouth said: “It has been a real pleasure getting to know Carlos since I arrived at TRP. Together, we’re committed to building on the 40 year relationship between BRB and TRP, ensuring we bring the very best dance experiences to the city of Plymouth and the wider South West. We look forward to welcoming Vadim to our venue and our city.”

Prince Siegfried is out hunting one night when he happens upon a flock of graceful swans. When one of them turns into a beautiful woman, the Prince is utterly smitten – but Odette explains that she has fallen under an evil spell cast by the evil Baron von Rothbart, which keeps her in swan form from dawn to dusk. Can Siegfried’s love break the spell? Find out in this exquisite production of a true ballet classic.

Muntagirov’s awards include the 2011 Outstanding Male Performance (Classical), 2015 and 2018 Best Male Dancer at the Critics’ Circle National Dance Awards, the 2013 and 2018 Benois de la danse and the 2021 Dance Europe Outstanding Dancer Award. As a guest artist he has danced with companies including Paris Opera Ballet, Mariinsky and American Ballet Theatre, in repertory including Solor (La Bayadère), Armand (Marguerite and Armand) and at National Ballet of Japan, Bavarian State Ballet, Mikhailovsky and Cape Town City Ballet.