Click the arrows to see the photos of Chris’ trip 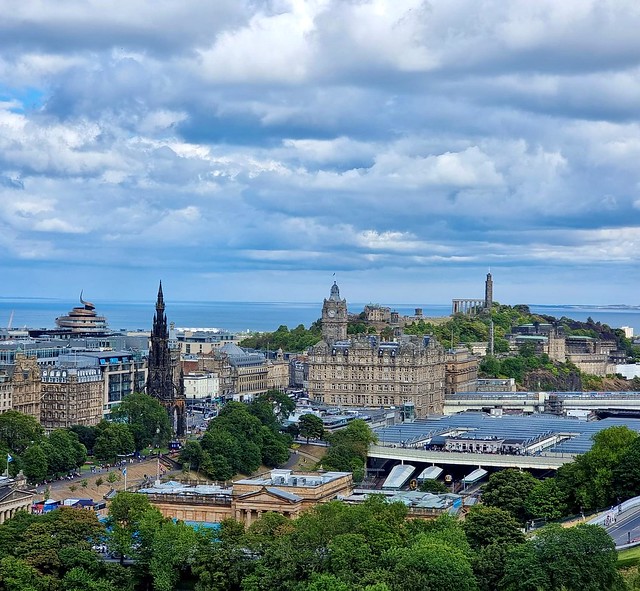 Writing about my first time at the Edinburgh Fringe… where to start?!  I didn’t really know what to expect ahead of my trip to the Scottish capital for the largest arts festival in the world. I was excited, but slightly apprehensive at the same time.

I attended the festival as part of the team at Theatre Royal Plymouth, and in my role, I’ve been working closely alongside our five co-productions for the past few months. I’ve had the brilliant job of leading on the ‘TRP at Fringe’ PR and digital campaign this year. I’ve loved working with our co-producers, so the plan in Edinburgh was for me to meet with them all and put together a video about their highlights and also to experience some of the many shows on offer.

I was amazed to find out that almost 50,000 artists from 58 nations would be performing in over 3,170 shows this year. Add to that the thousands of visitors who flock there annually, and you can see why it is one of the biggest events in the country’s calendar.

On the first day, I watched a total of six shows. The standout ones were contemporary thriller Sap, the hilarious Jonny & The Baptists with their show Dance Like It Never Happened, and despite it not starting until midnight, Kathy and Stella Solve a Murder was an absolute hoot from start to end! It was amazing how energised the cast and audience were at that time of the night. The same couldn’t be said for me having been up since about 7am.

The next two days consisted of filming with various co-producers. What became very apparent was how far apart venues at the Fringe are. I had no idea! It just so happened that most of TRP’s co-productions were staged in spaces scattered all over the city. I wish I knew this before deciding what shoes to pack.

I was at the Pleasance Courtyard to meet with the writer of Breathless, Laura Horton as well as actor Madeleine MacMahon; then to the Traverse Theatre to film with the cast of Happy Meal, Allie and Sam; at Summerhall, I filmed with Shôn Dale-Jones, writer and star of Still Floating; then it was back to Pleasance Courtyard to meet with Jason Brownlee, the writer of Today I Killed My Very First Bird; and finally over to ZOO Southside to meet with the team from Ontroerend Goed who are staging their show Every Word Was Once An Animal there.

Phew, even writing that was exhausting!

I should also mention that the final show I watched during my visit was dark new comedy Feeling Afraid As If Something Terrible Is Going To Happen. It was a 60-minute rollercoaster ride of emotions, brilliantly performed by Samuel Barnett.
As this was my first trip to Edinburgh, there was just about enough time to explore Edinburgh Castle, which stands on the site of an extinct volcano. There are a fair few of these around the city, which explains the hills. Cracking views from the top though…

That just about rounds up my time at Fringe. Since I’ve come home and people have asked me about the experience, I’ve tended to use the words vibrant and crazy, which I think sum it up perfectly. The venues stayed lively late into the night, there was a nice buzz about the place and the people were very friendly.

If you’d like to watch the highlights video I created for TRP, you’ll find it here:

Four days and almost 70,000 steps later, my Fringe trip was over. For another year at least.