Click the arrows to see the photos of Ellie’s trip 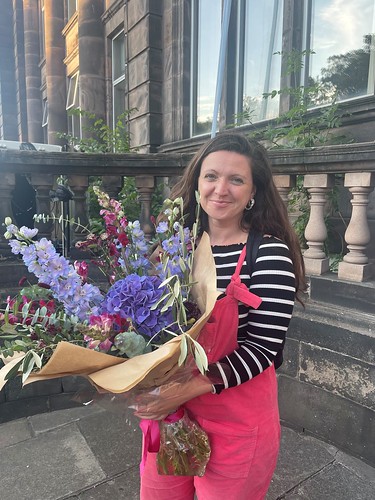 This was my fifth year attending Edinburgh Fringe Festival but my first year attending with TRP, so I was really looking forward to it! Edinburgh is one of my favourite cities and the Fringe is one of the biggest events in my calendar every year.

As a Marketing Officer at TRP, I’ve spent the last year working on the promotional materials for our co-productions which were heading to Edinburgh this summer, including Today I Killed My Very First Bird and Breathless.

I travelled up for a weekend and organised a jam-packed couple of days! I had planned to see nine shows across two days, so I had my walking shoes at the ready.

My first day consisted of catching up with some of our co-production artists so I headed to Pleasance Courtyard and had a coffee with Jason Brownlee from Voodoo Monkeys, who are co-producing Today I Killed My Very First Bird with TRP. The Pleasance Courtyard is one of the larger venues at the Fringe with 18 spaces to see shows and it is always buzzing with lots of artists and Fringe-goers alike.

It was great to catch up with Jason and hear about his experience at his first Fringe. I’ve worked very closely on the marketing campaign for Today I Killed My Very First Bird on their poster/digital artwork, booking distribution, making the trailer, and organising social media. I’ve worked on the campaign from their first previews in February to their summer previews to now, to see them exceed so well in Edinburgh is brilliant.

One of the most exciting parts of Fringe this year was seeing our co-production posters dotted around Edinburgh. The city is completely covered in show artwork, so it was great to see our posters included. And if I do say so myself, they all looked epic!

I also managed to meet up with the brilliant Laura Horton, writer of Breathless, another one of our co-productions. The day prior to our meeting, Laura had won the Fringe First award which is fantastic news, so a celebration was definitely on the cards. Breathless is a wonderful piece of work and I’m so glad it had such success at the Fringe!

My favourite shows from day one included Feeling Afraid As If Something Terrible Is Going To Happen at the Roundabout which is owned by Paines Plough and is a giant yellow dome that sits in the courtyard of Summerhall. It is one of my favourite Fringe venues as it plays in 360, so all the audience are engaged.

I also enjoyed Leo Reich: Literally Who Cares?! at Baby Grand in Pleasance Courtyard. Leo Reich is quickly becoming one of my favourite comedians with his dry humour and commentary on Gen-Z – he is one to look out for and it was nice to see some stand-up comedy, which Fringe is so famous for, amongst the theatre I saw.

On my second day, I saw another four shows which were equally as brilliant. My day started with Sap at Roundabout once again. It was a beautiful yet intense show, I’d love to see what this production does in the future.

One of the bigger shows of Fringe this year, Unfortunate: The Untold Story of Ursula the Sea Witch played in Udderbelly George Square, which is a venue made from a massive purple upside-down inflatable cow! It holds a much bigger audience, around 750 capacity, so it felt busy and exciting inside. Unfortunate was a hilarious parody show which was high-production value and full of catchy songs.

I ended my weekend with another musical, Kathy and Stella Solve a Murder. This has to be my top Fringe pick of this year! A musical about a murder podcast which gets mixed up in an actual murder! It was brilliantly performed by a small cast, had great songs and was very funny. I’d love to see it again and again.

When my weekend in Edinburgh came to an end, I headed back to Plymouth feeling inspired by the exciting theatre work I had witnessed and very proud of our co-productions which shone at the festival.